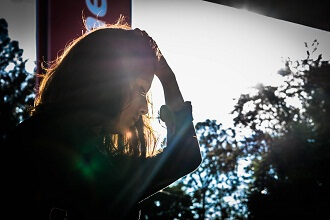 Statistics show a 30% increase in the use of non-molestation orders (NMOs) – injunctions used in urgent abuse cases – since 2012, after legal aid was cut in all but abuse cases in the family courts. In 2017, 25,700 emergency orders for domestic abuse were made in England and Wales, with 6,699 so far this year.

Fathers Need Families argue that the measure is being used in inappropriate cases, without alleged abuse being proven and with no opportunity provided for accused parties to defend themselves.

Jerry Karlin, the charity’s chair, blamed the government’s “well-intended but ill-conceived” restructuring of legal aid access for the increase.

Access to legal aid funding for the family courts was restricted by the state in a bid to reduce the legal and budget and the family courts’ caseload, with divorcing couples encouraged to attend mediation sessions rather than court hearings.

However, the spike in non-molestation orders suggests that the cuts may be leading to parents being more willing to make legal allegations of parental abuse against former partners.

Orders instated for up to six months without proven abuse

Once granted the order, a complainant is able to access thousands of pounds of legal aid, continuing on into subsequent family law cases. In recent years, charities report a 900% increase in non-molestation orders in some areas, with others seeing a 150% rise.

A successful order application leads to a brief ‘return’ hearing two weeks after the order, with a full, determinative hearing usually only held after another six months and often with the accused not present. In the intervening period, all concerned parties – including the police, child’s school and the local council – are notified of the order made against the accused.

Critics argue that this approach leads to parents being separated from their children and ostracised from their community for great periods of time, without proof of unlawful behaviour.

Sir Andrew McFarlane, the newly appointed president of the High Court’s family division, has called for the NMO process to be shortened, with less time between the initial order and an investigative determination.

“Until the factual context is clarified and determined by the court, the arrangements for children cannot move on and develop in a way which reflects the risk [to children],” McFarlane stated.

Despite members of the parenting rights charity attributing the national rise in non-molestation orders chiefly to changes in family legal aid funding, sources from other areas have noted that other factors may be involved.

A spokesperson for the Ministry of Justice has underlined a variety of potential reasons for the rise in orders – noting a growing societal awareness of domestic abuse and its many forms as a possible explanation.

The spokesperson added that non-molestation orders are “an important means of protecting individuals” and are only granted by judges in consideration of “all the circumstances” of a case.

Similarly, domestic abuse charity Women’s Aid urged for the statistical increase to be considered in context, indicating that a record number of domestic abuse incidents were reported in England and Wales last year. Cases of reported domestic abuse rose from 796,935 in 2011-12 to 1.1m in 2016-17.

Women’s Aid chief executive Katie Ghose said that in light of this rise, the charity “would expect the number of non-molestation orders being applied for and granted to increase.”

She added that the orders were “only granted” in circumstances where judges felt it necessary “to keep a victim of domestic abuse safe.”

If you are suffering from domestic violence or domestic abuse, please contact IBB in confidence to arrange a meeting and protect yourself and your children: call us on 01895 207857. Legal aid may be available in certain circumstances.