Business Rates Set to Rise Sharply in Some Areas 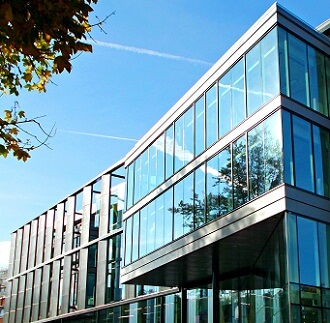 UK business owners, who already pay more in business rates than any other country in Europe, and more than France and Germany combined, are facing huge hikes following a two-year delay in reassessment.

Business rates are based on the value of commercial property and, according to one analysis, shops in 791 villages, towns and cities in England and Wales will see their rateable values rise from April 1st. Overall rateable values between the last property assessment in 2010 (based on 2008 figures) and today have risen by £654m.

Rateable values are based on a site’s potential rental value per square metre, and take into account the rents paid by surrounding businesses, rather than those currently paid by the occupier. These are then multiplied by the size of the shop, and by an annually adjusted central government multiplier, to calculate the bill owed by occupiers of the shop.

Business rates are typically reassessed every five years, but the government has delayed the most recent review for two years. It was said at the time that this would protect businesses from volatility, although many say it would have brought welcome relief to small businesses in areas where property values have fallen.

Ministers ready themselves for backlash

Ministers are now bracing themselves for a backlash from firms after official figures revealed that the Government will raise an extra £1bn in business rates next year. The Government is expecting to collect £25.5bn from the charges in 2017/18 – up from £24.5bn last year. Figures also show that between 2013 and the end of next year business rates will have risen by more than £3bn. The Government said the revaluation would not raise more – or less – tax and that the rise in revenue was the result of “growth from new construction” and “refurbishments to properties.”

The Institute of Directors (IoD) has urged Chancellor Philip Hammond to tackle anomalies in the business rates system which see high street shops pay higher rates on small premises than online retailers do for vast warehouses. The IoD said Mr Hammond should use the Budget to set up a New Economy Tax Commission to make the system ‘fit for the modern age.’ There is also understood to be growing concern within Whitehall about how the rates changes will affect the NHS. It has been calculated that the bill for hospitals will rise from £328m to £418m in five years’ time, and the costs for GPs and health centres will rise from £257m to £332m. More than 150 health trusts have joined forces and are threatening to launch a major test case against a local authority unless they are granted an exemption or rebate.

The Treasury has hit back at “scaremongering” about its changes to business rates as ministers come under pressure from companies to scrap the plans. David Gauke, the chief secretary to the Treasury, insisted that the vast majority of business will see no change or a fall in their rates, while a quarter will see their bills rise.

The nemesis of the restaurant trade

Business rates have been described as “the nemesis of British retailers and restaurants,” with many now paying more in business rates than they do in rents. It is widely held that April’s rate reform will likely exacerbate the matter. Figures from business rates specialists indicate that London’s 7,105 restaurants will face a £269.2m rates bill next year compared to £201.95m this year. The Association for Licensed Multiple Retailers has written to the Chancellor calling for more transitional relief for the sector, and the British Retail Consortium has also written to Mr Hammond to urge the Government to implement more frequent revaluations.

Her majesty has to stump up too

Her Majesty The Queen will be among those hit by new rates. She could face a £60,000 higher bill this year because Buckingham Palace incurs a 13% increase as it is a non-domestic property.