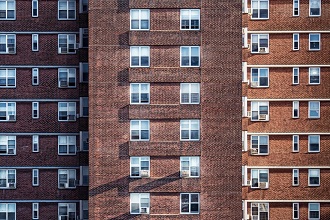 Theresa May has told MPs that the government is “minded” to ban the use of flammable cladding in high rise building constructions, following concerns that it was not recommended to do so by an initial Grenfell review.

Housing, Communities and Local Government Secretary James Brokenshire also stated that the government had “listened carefully to the arguments for banning combustible materials in cladding systems on high-rise residential buildings” and confirmed that they would “consult accordingly.”

In the wake of the fatal residential fire last year, Dame Judith Hackitt was commissioned to complete an independent review of building safety, but was not told to include a detailed report on construction regulations.

Subsequently, the Hackitt Report has been criticised for not recommending any legal reform to restrict the use of flammable cladding – an oversight that the Local Government Association called “disappointing.”

The Grenfell Tower fire was greatly exacerbated by the presence of aluminium composite material (ACM) cladding with a polyethene core, fitted in 2016. The material is the lowest performing of three grades of ACM in fire safety tests, but current UK building regulations require only insulation and filler materials to be of reasonably low combustibility, not necessarily covering cladding.

Dame Hackitt has voiced support for a new, more in-depth consultation into potential alterations to regulations, while maintaining that her own report focused instead on “systemic”, broader changes needed in residential construction, such as more robust enforcement procedures.

Speaking in Parliament, Theresa May affirmed that the government:

“are meeting our legal duties to consult on these proposals and we will not delay any necessary action.”

While not addressing the possibility of amending cladding regulations, Dame Hackitt’s review did note that enforcement strategies for existing building material regulations must be improved to give effect to the law.

Under current law, local authorities do not need approval from fire authorities to grant or gain planning permission for high-rise buildings, leaving developers less accountable for their actions. This has led to issues highlighted by the report with buildings failing to meet expected legal standards in line with fire safety regulations.

In some cases, fire doors that are meant to be designed to withstand fire for a minimum of thirty minutes were destroyed well before that limit.

To combat this, the Hackitt review recommends that a new, joint body comprised of both local authority and fire safety officials be established to monitor approval for new, high-rise residential blocks, ensuring that fire safety is properly factored into construction plans.

It further proposes that these plans should be extended beyond residential developments, to other high-risk buildings such as hospitals and care homes.

However, the Fire Industry Association has expressed concern that instatement of such an approval board for constructions may not be effective.

“We question whether a Joint Competent Authority for HRRBs [high risk residential buildings] would result in the envisaged improvement to standards” an FIA spokesperson said.

The association highlighted that instating the new proposed board would “be a very major change to the approval procedure and … could potentially cause delays to the construction programme” due to the multi-stage nature of the approval process.

In either case, the legality of using ACM cladding in UK construction is likely to be severely limited soon.

Three hundred further high-rises have been confirmed to be covered in the same, highly flammable material as Grenfell Tower since last year. In public housing blocks, the government has allotted £400m to fund councils and registered social housing landlords in England and Wales to remove and replace the dangerously flammable panels.

In the case of private residential blocks, the Prime Minister has warned that legal action may be taken against landlords who refuse to invest in removing any such cladding.

The Government’s consultation on the use of these materials will continue into July 2018.

How to obtain compensation for a serious injury

Our goal is to obtain justice for victims of the negligence by others, by securing compensation that reflects their pain and suffering, as well as related financial losses including loss of earnings, treatment costs and specialist care costs. We operate on a no-win no-fee basis.

Call our personal injury and clinical negligence lawyers in confidence on 01895 207284. Alternatively, email us at PI@ibblaw.co.uk.

The Grenfell Tower Fire: Why Were Residents' Concerns About Fire Safety Ignored?