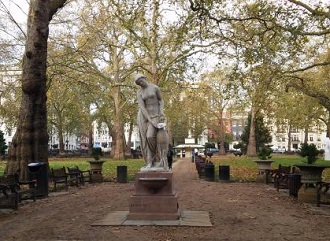 The record for the highest rent for office space in the UK has been broken by a deal for a hedge fund group’s new office in London.

Steadview Capital Management, a hedge fund focused on the Asian market, is set to pay £250 per sq ft for its new, 2,700 sq ft office space at 30 Berkeley Square. The company reportedly agreed to pay a premium for the space in Mayfair – a hub for fund managers – as it did not wish to rent the entire floor space available.

The agreed rent price is significantly higher than the previous record of £190 per sq ft paid by fashion investment tycoon Lawrence Stroll for an office in St James’s, London in 2017. It also tops the record office rent paid in New York by US hedge fund Citadel, which pays $300 (£230) per sq ft for its Park Avenue offices.

Knight Frank’s Faisal Durrani said that the new record commercial property deal in the West End came “as no surprise” given “the depth of demand and the commitment global businesses are willing to make to London, Brexit or not.”

“We’re in a supply-starved environment, with jobs growth at a historic high and these pressures are translating into requirement levels that far outstrip the available stock,” Mr. Durrani added.

Investment in London commercial property stood at £20bn last year, 33% higher than the long-term average, with 90% of investment coming from outside the UK.

In April, billionaire US investor Warren Buffett, who runs Berkshire Hathaway, said that the British commercial property market should not be impacted by Brexit, adding that he would be “ready to buy something in the UK tomorrow” because of the nation’s reliable infrastructure.

“We welcome the chance to put money out any place where we think we understand and sort of trust the system,” Mr. Buffet said, adding: “We’re never going to understand any other culture or the tax laws or the customs as well as the US, but we can come awfully close in Britain.”

Whilst demand in London remains strong, commercial property in the rest of Britain appears to be faring less favourably amid political uncertainty, with new data indicating that the nationwide demand for office space is nearing a ten-year low.

Research conducted by the Royal Institution of Chartered Surveyors underlines that investment inquiries for UK office buildings reached their lowest point since the 2016 Brexit referendum in the first quarter of 2019. Demand for warehouse space remained positive, thanks to demand from online retailers, but nonetheless slipped lower than in any other quarter for two years.

Forecasts meanwhile project that whilst rent prices for prime offices should rise over the next 12 months, those for secondary offices are likely to fall. Against this backdrop, commercial landlords are using incentives such as rent-free periods and contributions to fit-out costs to try and attract tenants, with 26% of those surveyed by RICS reporting a rise in incentives for office space.

“Brexit uncertainty is again cited to be a negative influence on market activity, causing some occupiers and investors to hesitate as they await further clarity.”