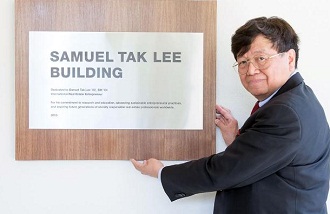 The largest stakeholder in property firm the Shaftesbury Group has escalated his campaign against the company’s board, as a dispute between the two parties over fundraising activity which took place nearly two years ago continues. Hong King billionaire Sammy Tak Lee this month produced a draft legal claim, seeking £10m in damages for what he alleges was an unfair share placing exercise undertaken by the company in 2017.

The Shaftesbury Group, which owns swathes of commercial property across Carnaby Street, Chinatown, Soho and Covent Garden in London’s West End, carried out the £265m fundraising activity in December 2017. The company said that the share placing was undertaken in a bid to fund new property acquisitions and refurbishment projects.

However, Mr. Lee staunchly opposed the fundraising at the time, maintaining that the group undertook it in a bid to dilute his ownership interest and prevent him from being able to mount a takeover bid in the future. Mr. Lee who now holds a 26% stake in the group and has been increasing his share in recent years, would be required to make a bid for the company if he acquired a holding of 30%.

In a statement regarding his letter before action to Shaftesbury, a spokesperson for Mr. Lee said that the board had still not adequately answered the businessman’s concerns regarding its alleged “improper conduct.”

The spokesperson added that Mr. Lee:

“..believes the board’s unwillingness to engage with him over [his] serious concerns demonstrate it cannot be relied upon to act in the best interests of all its shareholders and raises wider issues regarding Shaftesbury’s corporate governance.”

“If these concerns are not addressed by the board… there will be no alternative but to put the matter before the court for its determination,” he warned.

In response, the Shaftesbury Group has written to the Stock Exchange to warn that civil court proceedings could arise as a result of the draft legal claim. However, it added in an update to shareholders that: “The board does not consider the basis of the draft particulars of claim to have any merit.”

The group says that it has already “fully addressed Mr Lee’s questions about the 2017 placing in extensive previous correspondence,” maintaining that the board “acted entirely properly in undertaking the placing.”

The dispute surrounds Shaftesbury’s decision to engage in non-pre-emptive share placing to raise equity in recent years, rather than acquiring debt. Non-pre-emptive share placings are controversial as they waive existing shareholders’ right to first refusal on new shares — also known as pre-emption rights. Ordinarily, shareholders’ pre-emption rights are subject to strong protections under English law, protecting shareholders from having their holdings diluted by new issues.

Whilst Mr. Lee accuses Shaftesbury of deliberately undertaking the placings to dilute his holding however, the group says that the businessman was granted 98.4% of the shares for which he applied.

The dispute intensified at the group’s Annual General Meeting this year, at which Mr. Lee voted to block three resolutions, two of which would have enabled the company board to waive pre-emption rights in other circumstances. The key stakeholder was defeated however in his attempt to block the reappointment of Shaftesbury’s chairman, chief executive and finance boss. A representative for the group said that the company was “disappointed that Mr Lee ha[d] voted against these resolutions and will continue to attempt to engage directly with him.”

The property firm has fared remarkably well despite the challenging market conditions facing businesses in the retail sector, reporting “robust” trading over last Christmas and securing leasing deals of £9.3m between October 2018-February 2019.

If you and/or your business is facing the challenge of a commercial dispute or litigation, including director and shareholder disputes, we can help. Call us today on 03456 381381 or email commercialdisputes@ibblaw.co.uk.