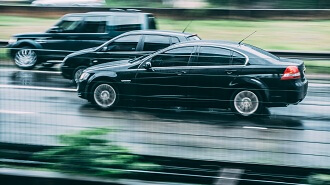 Following a government consultation on sentencing for driving-related deaths and injuries, the Ministry of Justice is increasing the maximum sentence for motorists who have caused death by dangerous driving.

A life sentence will also potentially be given to motorists who cause death by street racing, speeding, or by using their mobile phones while at the wheel.

Under the new guidelines, the sentence for causing death by driving whilst under the influence of drugs or alcohol will also be increased to life from 14 years.

In addition, the government is also to create a new offence, causing injury by careless driving.

Ninety percent of respondents to the consultation had said that new legislation should be put in place to better fit death or serious injury caused by driving.

Proposals reflect seriousness of the offence and the anguish of families

“Based on the seriousness of the worst cases, the anguish of the victims’ families, and maximum penalties for other serious offences such as manslaughter, we intend to introduce life sentences of imprisonment for those who wreck lives by driving dangerously, drunk or high on drugs,” he said.

He added: “We will introduce a new offence of causing serious injury by careless driving, punishable by imprisonment, to fill a gap in the law and reflect the seriousness of some of the injuries suffered by victims in this category of case.”

Changes to legislation are welcomed by many

There has been much praise for the proposed change to the law. Jason Wakeford, director of campaigns for road safety charity Brake, said the government’s decision represented a “major victory for the families of victims” and campaigners.

He said: “We applaud the government for at last recognising that the statute books have been weighed against thousands of families who have had their lives torn apart through the actions of drivers who have flagrantly broken the law.”

Meg Williamson, whose Australian boyfriend Gavin Roberts was killed following a car collision caused by the driver’s speeding and use of a mobile phone, told BBC Radio 5 that harsher sentencing may act as a more powerful deterrent.

She said: “It’s about re-educating people now. I think it might just take that one person to get the life imprisonment if some fatality occurs then people will start to realize this is something serious.”

However proposals are criticised by the Prison Reform Trust

However, others have spoken out against the new legislation.

The Prison Reform Trust has criticised the intensified focus on criminal prosecutions. In a statement, the trust said: “Greater use could be made by the courts of longer driving bans, which would still curtail liberty and prevent future harm for people convicted of these offences.”

The trust added: “These could be supplemented with additional targeted community-based interventions where appropriate, this could include supervision requirements, the attendance of anger management, drug or alcohol support.”

The Parliamentary Advisory Council For Transport Safety (PACTS) has also been critical of the proposed changes to the current law. The non-profit organisation criticised increasing the maximum penalties for current offences, despite agreeing for the need for a new offence to be created, and has argued that the consultation should have taken into account potential non-custodial measures to deal with dangerous driving.

PACTS said in a statement: “We would have welcomed a broader review that considered all the offences available, prosecution procedures and whether or not the sentences imposed are working in practice.”

If you or a family member has been charged with a road traffic offence, we can help. Call our road and driving offences solicitors today on 0330 999 4999 for immediate help. Alternatively, email us at roadtraffic@ibblaw.co.uk or complete our online form.