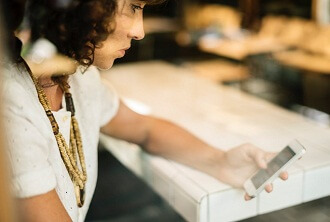 The new guidelines, which end the presumption that both parents should be granted access, are to be introduced following a campaign by Women’s Aid.

The charity has said that 19 children have been killed in the last 10 years by their abusive fathers after the courts gave joint custody to both parents during custody battles.

The Ministry of Justice said it was dedicated to improving the treatment of victims of domestic abuse in the justice system. Women’s Aid has called for all judges to undergo compulsory training on domestic abuse.

“It is indeed most disturbing to note that for at least 12 children [in seven families], of the 19 children killed … contact with the perpetrator [the father] was arranged through the family courts.”

“For six families, this contact was arranged in family court hearings [two of these were interim orders], and for one family, contact was decided as part of the arrangements for a non-molestation order and occupational order,” he said.

He added: “By this report, I wish to highlight the concerns raised by Rights of Women, Women’s Aid … I hope that positive steps can now be taken to address in the family court the problem, long since addressed in the criminal court, of the alleged victims of domestic abuse being directly questioned by their unrepresented alleged abusers.”

Judges need better awareness of the dynamics of interpersonal abuse

In addition, the new guidelines changes include demands from Mr Justice Cobb for all the judiciary to receive further training on domestic violence, in order to better protect women and children from domestic violence.

He also argued that judges need to be aware of the ways in which offenders perpetuate their control and abuse, saying:

“Family court judges should be sure that they understand the new offence of coercion [controlling or coercive behaviour in an intimate or family relationship].”

He said “decisive action to cure this deeply unsatisfactory situation” should be taken.

“We want to see children’s safety at the heart of all decisions made by the family courts and this cannot be done without a thorough understanding of domestic abuse, including coercive control, and the devastating impact it has on children,” she said.

She added: “We call for judges and magistrates to be provided with compulsory training to make sure that they follow the guidance properly and get child contact decisions right every time.”

She said: “There should never be a presumption of contact where one parent is known to be a perpetrator of domestic abuse, as is made clear today . . . We urge the Family Procedure Rule Committee, and lord chancellor and secretary of state for justice, Liz Truss MP, to agree the new practice direction, with all of the changes set out by Mr Justice Cobb, without delay.”

If you are suffering from domestic violence or domestic abuse, please contact IBB in confidence to arrange a meeting and protect yourself and your children: Call us on 01895 207857. Legal aid may be available in certain circumstances.