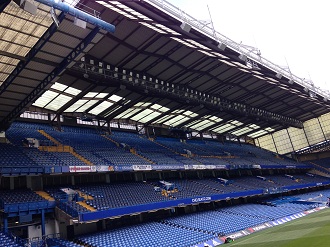 Chelsea FC has put the planned £1bn redevelopment of its Stamford Bridge stadium on indefinite hold, citing the “current unfavourable investment climate” for its decision.

In an announcement issued in early June, the club confirmed that:

“No further preconstruction design and planning work will occur,” and added that “the club does not have a timeframe set for reconsideration of its decision.”

The club’s former managing director Christian Purslow, who left his position in 2017, said that financial concerns were undoubtedly behind the move to suspend the redevelopment, saying of the stadium: “It’s been a very difficult project. Costs have skyrocketed.”

Purslow noted that he has “thought for some time it’s a project that would not get off the ground,” saying “It was always an extremely marginal project financially and a very difficult project practically. I think it’s a really sensible decision to put this on hold.”

Initially planned to cost £500m when first announced in 2014, estimates for the new stadium’s completion have ballooned to £1bn, following several complications including a costly, protracted legal dispute with local residents.

In January 2018, the club successfully defeated legal challenges from the owners of a family home next to the Stamford Bridge venue, who had sought an injunction against the new construction on the grounds that it would block sunlight from their home and interfere with their proprietary ‘right to light.’

In that dispute, Hammersmith and Fulham Council intervened in the name of public interest to acquire an interest in the land for construction – which is owned by Network Rail and Transport for London –and so override the family’s property rights using section 203 of the Housing and Planning Act 2016.

Chelsea’s announcement comes as the club’s Russian billionaire owner, Roman Abramovich, faces ongoing delays to his UK investment visa renewal – which grants him the legal right to work in the UK – amid mounting tensions between Russian and UK authorities.

Regulatory changes to the visa application process introduced in April 2015 mean that applicants for the tier 1 entrepreneur visa may now be required to prove the origins of their wealth.

In 2018, following the attempted murder of former Russian spy Sergei Skripal in the UK, the government indicated that it would review tier 1 investor visas, granted to approximately 700 Russian citizens between 2008 and 2015. Diplomats have also been expelled from both Russia and the UK amid the conflict.

The British government has refused to comment on an individual case, but says it is “the logical conclusion” that some wealthy foreign investors will no longer be eligible for the investment visa, following the changes in regulations.

Economics professor Rob Wilson however speculates that Abramovich’s visa issues may have provided a timely justification for delaying the unexpectedly expensive redevelopment of Chelsea’s football stadium.

“The visa wrangling is a nice way to say, actually no, we’re going to shelve this for a minute,” Wilson surmises.

He adds that the move to halt preconstruction plans “puts pressure on the government . . . because they don’t want them to shelve £1bn investment,” noting that it is unclear whether Chelsea will ultimately decide to go ahead with the plan.

Chelsea would likely rely heavily on Abramovich’s investment to fund construction, which some have said is likely to “take an incredible amount of time to [reap] return[s].”

Construction was set to be completed by 2021.

The redevelopment was designed by architects Herzog & de Meuron, and aimed to offer approximately 20,000 more seats than the current venue.

Prior to settling on the plans to redevelop its current site, the football club had considered moving to another location to fulfil its expansion aims, but Chelsea Pitch Owners, which owns the freehold to Stamford Bridge as well as the rights over the club’s name, warned that the club would no longer be entitled to call itself Chelsea FC if it moved.

In March 2017, the development was granted planning approval by Mayor of London Sadiq Khan, who enthused at the time that the new venue would be a “jewel in London’s sporting crown”.

With no current plans for a reconsideration however, the new venue’s future remains uncertain and is for now eclipsed by other major football venue developments, such as Fulham FC owner Shahid Khan’s £500m bid to acquire and upgrade Wembley stadium.

Whether you are acquiring, disposing of, developing, managing or funding commercial property, we can help. Call us now for expert, impartial and professional advice on 01895 207285, or email us at CRE@ibblaw.co.uk