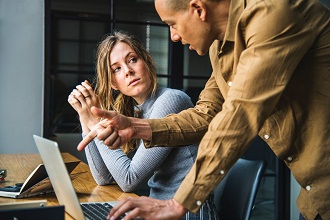 The Equality and Human Rights Commission (EHRC) has warned that employers who report a gender pay gap of zero could face questioning over the veracity of their claims.

Large UK companies were required to file information for male and female employee pay by April 5th, in the second year of mandatory pay gap reporting. Analysis of the figures indicates that nearly one in ten employers claimed to have achieved a median gender pay gap of exactly zero, marking an increase of 6% on last year.

The number of employers claiming to have attained both a median and mean gender pay gap of zero increased by 12%. The Equality and Human Rights Commission however notes that a pay gap of exactly zero is “statistically improbable,” and the watchdog is expected to contact several employers to ask them to explain their data. Figures submitted by employers indicated that fewer than half of UK companies had managed to narrow their gender pay gaps in the second year of compulsory reporting. At 45% of firms, the discrepancy between pay for male and female employees had increased in favour of men, while 7% of employers reported no change.

Pay gap reporting is in its second year

Since last year, large UK employers have been required to submit an annual report to the Government Equalities Office detailing the gender pay gap at their company. The reporting requirements were introduced under the Equality Act 2010 but came into force in 2017, with the first annual reports submitted last year.

All UK organisations which employ 250 or more staff must file a report stating their mean and median gender pay gap, gender bonus gap, and the number of male and female employees working across salary quartiles at their company. The requirement therefore covers data from 10,500 employers, with a combined total of 15m employees.

Although there are no criminal or civil law penalties for breaching the reporting requirements, employers found to not comply may face enforcement action from the EHRC. In addition, employers facing litigation on the basis of an employee’s equal pay dispute could potentially have their failed or falsified gender pay reporting practices taken into account during the case.

Around 500 employers are thought to have missed the deadline for reporting this year.

TUC general secretary Frances O’Grady called for employers to be legally required to explain how they intend to address their pay gap in order to ensure that they are held more accountable from year to year. Sam Smethers, the chief executive of the Fawcett Society, similarly expressed concern that current regulations “are not tough enough,” stating: “It’s time for action plans, not excuses.”

“Employers need to set out a five-year strategy for how they will close their gender pay gaps, monitoring progress and results,” adding: “Government needs to require employers to publish action plans that we can hold them accountable to, with meaningful sanctions in place for those who do not comply.”

The gender pay gap is not the same as unequal pay, which refers to the practice of directly discriminating by paying women less than men for the same work and is illegal under the Equal Pay Act 1970. A gender pay gap may be the result of indirect discrimination and other factors – for example, the fact that there are fewer women in senior, high-paying roles, or more women working in part-time roles.

Our experienced employment solicitors provide advice on the employment aspects of all major business decisions including policies, training, TUPE and more. For advice, please contact a member of the team on 03456 381 381 or email employment@ibblaw.co.uk.