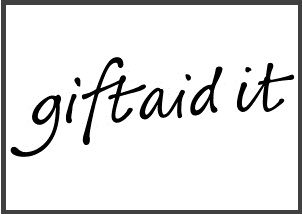 HMRC has introduced changes to both the operation and management of gift aid, and the gift aid declaration. Wording has been simplified, and the responsibilities of the donor are highlighted. It has drawn up a model gift aid declaration showing the new wording, but has not provided an official form. HMRC recommends that all charities use the wording of the approved model declaration – but the declaration can be modified to suit a charity’s particular requirements.

As before, it is the donor’s responsibility to ensure that they have paid sufficient tax, at least equal to the tax that the charity will claim back from HMRC in gift aid – the so-called “tax to cover” requirement. However, the new wording goes further by including a statement to the effect that the donor is responsible for any such shortfall.

The Low Incomes Tax Reform Group has been critical of this aspect of the new wording. It has urged HMRC not to pursue non-tax paying people for any tax due on donations they make under Gift Aid, saying that it was fairer that reimbursements should come from the charity. The group argued that HMRC could end up “targeting compassionate individuals” to redress Gift Aid errors.

The new wording makes no reference to VAT and council tax, and leaves only the primarily applicable taxes, i.e. capital gains and income tax. There is no requirement to mention the 25p rate; HMRC does include this in a box at the top of its model declaration, but it is not mandatory.

There is no statutory requirement for a signature – although charities may think that the act of signing allows a donor to demonstrate greater commitment to a cause.

It remains vital that charitable organizations include all the essential information (name and address etc) that HMRC requires to be on a gift aid declaration, to which there is no change.

The charity must also be able to demonstrate it has given an adequate explanation to the donor of the personal tax implications associated with making a gift aid donation, including the responsibility to pay any difference.

An important change relates to the application of gift aid to sole traders, partnerships and limited liability partnerships. Previously, donations made by a partnership would qualify for gift aid if a declaration was made by an authorised representative. From April 6th 2016, each partner will be required to make a declaration in their own name for the donations to qualify.

The High Court has said that solicitors acting as interim managers of the Cup Trust, a charity which was effectively used as a vehicle for a tax avoidance scheme, should withdraw a £46m claim for Gift Aid tax relief despite opposition from the original trustee, in a case brought by the Charity Commission.

The charity became the subject of a commission inquiry in 2013 after it emerged it had raised £176.5m in private donations over two years and attempted to claim £46m in Gift Aid, despite having spent just £55,000 on good causes. At a hearing in the High Court in January, the commission asked for a ruling that would direct the Cup Trust to discontinue the Gift Aid claim. Mr Justice Snowden said the decision of the interim managers to discontinue the claim was "within the range of decisions to which rational charity trustees could properly come".

The Cup Trust saga has led to a huge increase in regulatory activity by the Charity Commission which, in my view, is entirely out of proportion to the level of unlawful activities (including tax avoidance) going on within the sector. Most charities are established for legitimate reasons. It is to be hoped that normal levels of regulatory oversight will resume before long.

IBB Solicitors' specialist Charities team has over 50 years’ combined experience in delivering practical commercial advice to charities, not for profit organisations and social enterprises. For more information or to discuss your requirements with one of our charity lawyers, please call us today on 01895 207809 or email charities@ibblaw.co.uk.

Charity mergers and acquistions: The legal and financial requirements