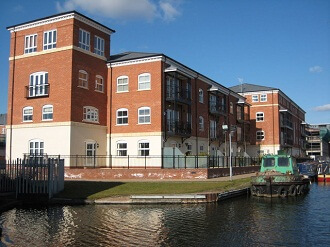 Mayor of London Sadiq Khan has said that new buildings will be subject to stricter fire safety regulations following the Grenfell Tower tragedy.

Mr Khan's new plans will ensure that new-builds are fitted with sufficient safety features and will be subject to fire safety plans. In addition, planning applications will not be approved unless they are accompanied by an independent ‘Fire Statement’ that has been undertaken by a qualified third-party assessor.

“The safety of Londoners is my first priority and it is absolutely essential that we learn every lesson we can from the terrible Grenfell tragedy, and do everything within our power to make sure nothing like it can happen again.”

He added: “My new draft London Plan will, for the first time, require that the ‘highest standards’ of safety are set out at the planning stages of new developments in the capital, so that they can be incorporated into the design and build, and to give Londoners confidence that they will be as protected as possible should an emergency unfold.”

“The Grenfell tragedy has put an unprecedented spotlight on fire safety and it’s now vital that Government, local authorities, builders and developers seize this once in a generation opportunity to raise fire safety standards to the highest possible level across all future building developments in the capital, whether they are residential or commercial."

He added: “Only by making fire safety a priority during every part of a building’s life – from the earliest stages of the planning process, throughout its construction, after its completion and through any maintenance and refurbishment work – will we see a significant improvement to safety standards in the capital’s buildings that will reassure those who live and work in them that they are as safe as possible.”

The ferocity with which the fire spread throughout the Grenfell tower block has been blamed on the fast-burning plastic material used to insulate the flats.

Since the tragedy, some have spoken out about the power that the plastic insulation industry is said to have enjoyed in the sector and the lengths to which they went to "silence" critics who pointed out the highly-flammable nature of some cladding products.

The influence of the plastic insulation industry was demonstrated in their reaction to a research paper that detailed the toxicity of the fumes produced by burning materials, written by chemistry and fire safety expert Professor Anna Stec of the University of Central Lancashire. Her paper was subsequently criticised by six European plastic industry lobby groups in a letter to the publishers of the peer-reviewed paper, who requested that her article be withdrawn.

Prof Stec noted the stress that their criticism caused both her and her employers at the university. She said: "All the complaints, all the attacks are taken very seriously by my university."

Following widespread concerns over the flammability of the insulation used in Grenfell Tower, the Department for Communities and Local Government (DCLG) undertook an independent review of building regulations after tests showed that at least 82 residential high-rise flats were insulated using flammable materials.

In response to the department's findings, several political parties have called on the DCLG to ensure that all councils were adequately funded so that they could replace faulty insulation with material that is safe.

Labour leader Jeremy Corbyn has also called on the government to allocate sufficient funding to ensure that all tower blocks were fitted with other fire safety measures. He has criticised the current state of tower blocks in the UK, saying that only 2% were fitted with sprinklers, and said that the government should set aside £1bn in order to fund the fitting of sprinklers in every high-rise tower block in the country.

At IBB Solicitors, our goal is to obtain justice for victims of the negligence by others, by securing compensation that reflects their pain and suffering, as well as related financial losses including loss of earnings, treatment costs and specialist care costs.

Call our personal injury and clinical negligence experts in confidence on 01895 207284. Alternatively, email us at PI@ibblaw.co.uk.