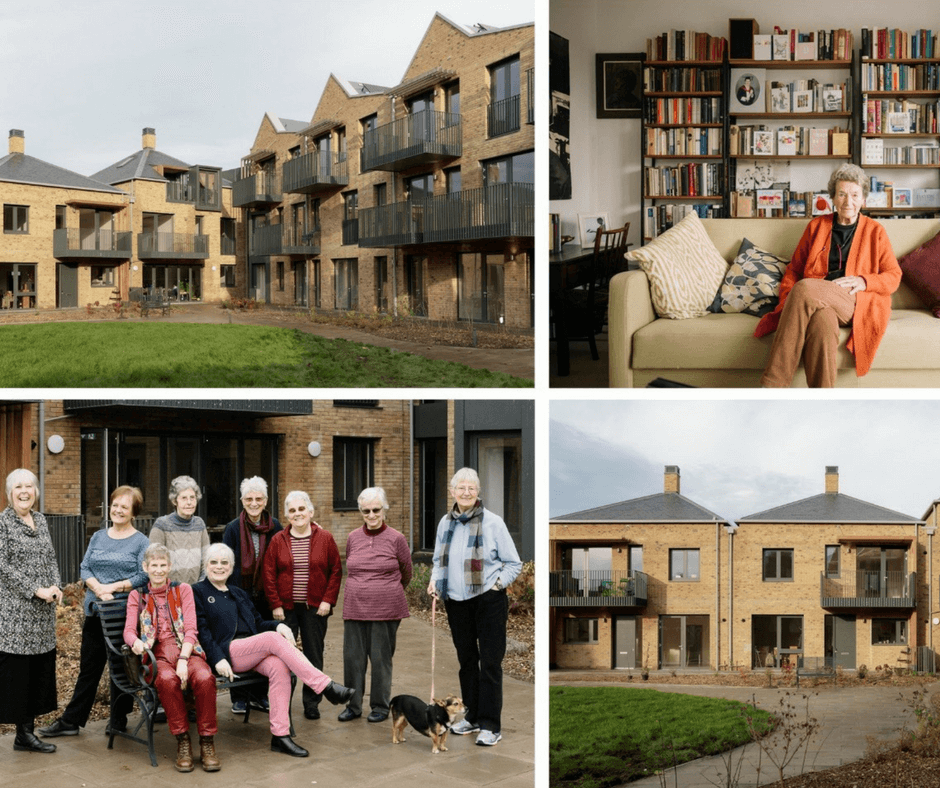 In early December 2016, the OWCH (Older Women’s Cohousing) group moved into ‘New Ground Cohousing‘, its new home in High Barnet. This project is the first senior cohousing community in the UK and its members have been planning this development for many years. It was featured on the BBC National News at on 8 December, and on BBC Breakfast News 9 December.

The 26 women, aged 50-87, took possession of a block of 25 newly built flats in Union Street, High Barnet. Together they will form a self-managing community, based on the shared values of neighbourliness and mutual support. A mix of home-owners and social renters, they want to act as a demonstration project to encourage other older people to plan their later lives and develop similar initiatives.

Cohousing is a way of living intentionally as part of a group where individuals and families choose to live as neighbours but retain their own personal space and front door. They share common space and amenities and a central feature of their life as a community is a regular communal meal and other shared activities.

Having lived mostly alone all over London and beyond, these independent-minded women met regularly to develop their own mini-neighbourhood in High Barnet, design their building and plan their future together. Some OWCH members are still working and others have long retired – many from the public sector. Aware that advancing old age can mean increased frailty and possible isolation and loneliness, they have joined forces to plan ahead. They want to stay in charge of their own lives, look out for each other, share resources and create a lively mix of sociability and shared activity with clear boundaries for personal space and a private life.

Reaching out to their locality, these enterprising ladies have planned to invite the whole street in for coffee to see the new building. Enjoying their new fame, the OWCH has become pioneers of the country’s first ever senior cohousing community, establishing here what has been a feature of Dutch and Scandinavian life for decades.

The event involves a national partnership of government departments and major professional, housing and construction bodies connected to design.

“There were some 205 entries, categorised as ‘completed’ or ‘projects’ with 15 design awards made overall. The Richard Feilden award, established by the Homes & Communities Agency, is awarded in memory of the great housing architect Richard Feilden to a project that epitomises the values he brought to housing – championing the common good, while being innovative and sustainable.” (Source: Cohousing.org.uk)

IBB Solicitors acted for the OWCH ladies in this pioneering scheme with many team members involved in the legal process over the last 2-3 years. Vivien Rimmer secured the initial instruction to act on the sales and purchases of the individual units and attended a weekend OWCH meeting to meet the members and discuss their aspirations. The relationship has been further nurtured by Shital Mehta.

Our New Homes team acts for both local and national housebuilders in the sale of completed developments to both owner occupiers and investors.

For more information or to discuss your requirements call us now on 01895 207803, or email us at housebuilders@ibblaw.co.uk. 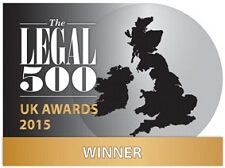 Further information may be sought from the UK Cohousing Network which is a membership organisation established in 2007 to promote awareness of cohousing and to support the development of new cohousing communities. More information can be found on its website http://cohousing.org.uk or contact hello@cohousing.org.uk

Hanover is a national provider of housing and services for people in later life. The company’s 50-year history, expertise and track record in innovation makes them a trusted provider for those wishing to live independent, active and fulfilling lives. Hanover is a not-for-profit organisation – any surplus made is reinvested into maintaining properties, improving services and building more homes for older people. Hanover manages around 19,000 properties for rent, sale and shared ownership in approximately 600 locations, including extra care and emergency response services.

The scheme has been forward funded and developed by Hanover Housing Association. Contact: Rob.Ghosh@hanover.org.uk

From its headquarters in a converted Victorian timber mill at Diespeker Wharf in Islington, Pollard Thomas Edwards has created a series of memorable housing, education and mixed-use projects for the private and public sector. The practice specialises in urban regeneration, and in masterplanning new communities. Recent projects include the award winning The Avenue, Saffron Walden, The Scene, Walthamstow, Tidemill Academy and Deptford Lounge, Ceres, CB1, Cambridge and Thames View East, Barking. www.pollardthomasedwards.co.uk

‘NEW GROUND’ COHOUSING, in Union St, High Barnet, is a building designed by Pollard Thomas Edwards with significant participation in the design by the women themselves. It won the prestigious Richard Feilden Housing Design award in July 2016.

The Tudor Trust is an OWCH benefactor, particularly in respect of the social rental flats.

One-third of the 25 flats is for social renters, women who do not have the means to purchase their own homes. Housing for Women is the landlord for these.

Maria has worked as an independent consultant and ‘social enabler’ with the OWCH group throughout its existence and was recently granted a lifelong membership by the group. She has visited and researched senior cohousing in The Netherlands, Denmark, Germany, Sweden and the USA and has written and spoken widely on the desirability of the senior cohousing model for the UK. A founder member of the UK Cohousing Network, she recently stepped down from its Board and was commissioned by the Network as its UK Ambassador for Senior Cohousing.