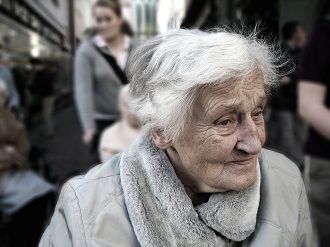 Article 5 (1) of the European Convention on Human Rights (ECHR) states that everyone has the right to liberty and security of person. No one shall be deprived of his liberty save in the following cases and in accordance with a procedure prescribed by law:…. “(e) the lawful detention … of persons of unsound mind”.

The Law Commission, an independent body which reviews laws in England and Wales, says tens of thousands of vulnerable people with dementia and learning disabilities are being detained unlawfully in hospitals and care homes across the country. It says a landmark 2014 Supreme Court ruling that widened the definition of who was subject to deprivation of liberty safeguards had led to an increase in such cases, adding that services cannot cope, deadlines were “routinely breached” and the ‘failing’ system should be replaced.

The commission has made several recommendations to improve the system, including a requirement for all decision-makers to put greater weight on the person’s wishes and feelings when making decisions under the Mental Capacity Act.

What are the deprivation of liberty safeguards?

Deprivation of liberty safeguards (DoLS) are designed to ensure that a care home or hospital only deprives a vulnerable person of their liberty in a safe and correct way, and that this is only done when it is in the best interests of the person and there is no other way to look after them. In other settings such as supported living, DoLS are not currently available and only the Court of Protection can authorise a deprivation of liberty.

A Supreme Court ruling in March 2014 broadened the definition of who was subject to these safeguards and made reference to the “acid test” which consists of two questions: is the person subject to supervision and control; and is the person free to leave and how those who support them would react if they did want to leave. The Supreme Court unanimously agreed that disabled people should not face a tougher standard for being deprived of their liberty than non-disabled people. This led to an increase in the number of cases and the Law Commission said that the health and social care services were “unable to cope”.

The Law Commission is calling for the current system to be scrapped and replaced “right away”.

Law Commissioner Nicholas Paines QC said DoLS were designed at a time when fewer people were considered deprived of their liberty and now it was “failing” people it was set up to protect.

“It’s not right that people with dementia and learning disabilities are being denied their freedoms unlawfully . . . There are unnecessary costs and backlogs at every turn, and all too often family members are left without the support they need, ” he said.

A call for ‘Liberty Protection Safeguards’

The Law Commission urges the introduction of a new scheme called the Liberty Protection Safeguards, which would see:

A Department of Health spokesperson said: “This Government is committed to protecting the rights of vulnerable people – that’s why we commissioned this review . . . We thank the Law Commission for its detailed work, and will be responding to these constructive recommendations in due course.”

We agree that the current system is unworkable. However, it is important that the protection of Article 5 of the ECHR is available to the most vulnerable in the society with a process which ensures that arrangements put in place for their protection and safety are lawful and that any breaches of the system can be identified easily and the appropriate safeguards put in place.