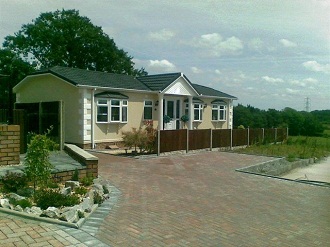 When the Mobile Homes Act 2013 came into force, the Government announced that the Act would be reviewed in 2017. As part of that review process a wide-ranging consultation exercise involving park owners, residents, local authorities and others (including the two industry trade bodies, the British Holiday & Home Parks Association and the National Caravan Council) was carried out to seek as many views as possible about how the new law was seen to be working, and what further changes might be needed.

On 22 October 2018 the Government published its long-awaited review of park home legislation in England. While the review has concluded that “overall, the measures introduced by the Act have been effective in improving the sector, some of the processes and procedures could be streamlined further and some residents still lacked awareness of their rights, statutory requirements and responsibilities“.

As a result, the Government has indicated that it intends to introduce new legislation to deal with four specific areas where it believes further regulations is needed. These areas are as follows:

On pitch fees, the Government was concerned that some park owners charge residents variable service charges in addition to their pitch fees, and that while the practice was not widespread or unlawful there was a lack of transparency. They therefore propose to introduce legislation to “amend and clarify the definition of a pitch fee and prevent the use of variable service charges in written agreements“. It is unclear at present whether parks who do charge residents additional sums each year through a service charge will be allowed to increase pitch fees to compensate them for any loss in income.

The review stated that some park owners manage their sites use complex ownership structures and management arrangements to operate their parks, “which can reduce a resident’s security of tenure and enable a site licence holder to avoid liability for local authority enforcement action” by making it difficult for residents and local authorities to identify who the true owner is, and who is responsible for managing the park. In some cases, the Government was concerned that these arrangements were being used to exploit residents and limit their security of tenure. To avoid this happening, the review promises to introduce legislation “to simplify the complex and opaque company structures used by some rogue site owners to limit a resident’s security of tenure and avoid liability for any enforcement action”. How the Government proposes to achieve this in practice is not yet clear.

The 2013 Act indicated that Parliament could introduce a “fit and proper person” test for people applying for a residential site licence – the review confirms that this is indeed to be brought in. This is unsurprising, as such a test already applies in Wales. The review concluded that while there are “good site owners who continue to provide a suitable service to residents and respect their rights“, a number of park owners are “continuing to disregard the law, harass and financially exploit residents“. The stated purpose of the new test is to “remove unscrupulous and criminal site owners from the park homes sector“. Again, how such a test will actually work in practice has yet to be clarified.

The Government has looked at the way in which pitch fees are reviewed under the Act and have concluded that the Consumer Prices Index, rather than the Retail Prices Index, should be used as the measure to determine pitch fee reviews; as the CPI is historically lower than RPI this is likely to result in lower pitch fee rises in future.

All of the above measures will need new legislation to bring them in to force – the review states that this legislation will be introduced “when Parliamentary time allows“, so there is currently no set timescale for when these changes will happen.

In addition to the issues mentioned above, the review also indicates that research will be carried out on sales commissions, with a view to seeing whether the existing commission arrangements should be changed – no timescale has yet been set out for this research.

IBB solicitors are one of only a handful of firms across the country who specialise in advising the owners of residential and holiday parks. For more information about the Government’s review of park home law, or generally, call John Clement on 03456 381381 or email john.clement@ibblaw.co.uk.