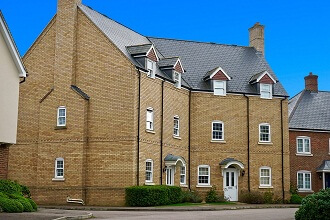 A government consultation on whether to further expand ‘permitted development’ rules has drawn criticism from politicians and campaigners who say the move will put tenants at risk.

The expansive use of permitted development rights has led to concern from politicians and campaigners, with some saying that the building safety of residential properties is being undermined.

The rights in question enable developers to convert commercial properties into flats without the need to submit a planning application.

Whilst designed to reduce the need for bureaucracy for those making small adaptations to existing properties, the permissions have in fact been used by many developers to build thousands of new homes in former commercial properties.

As a result, critics say the safety and quality of residences is potentially being compromised.

Building standards for space, lighting and fire safety are not compulsory, and only apply to developments that are processed via the council planning permission system.

Former housing minister Nick Raynsford warned last month that the rules are in the process of creating a “new generation of slums” in Britain, as councils are left with limited power to enforce adequate residential building safety standards on the developments.

Proposals to relax the residential building safeguards enabled by permitted development rights come amid a renewed focus on building regulations in the wake of the Grenfell Tower fire.

Yet as councils are left without recourse to enforce minimum fire safety standards on developers with permitted rights, industry experts including architects fear that “vulnerable people” using commercial-to-office development space as temporary housing could be at risk.

Speaking on the issue of fire safety, Nick Raynsford said:

“There should be early engagement by planning authorities with the fire and rescue authority when an application for a high-rise residential development is submitted.”

He added: “That runs counter to the whole ‘permitted development’ approach, where obligations on developers are minimal and the council does not have the resources to explore the implications, to ensure fire engines can access the site, for example.

He added that it was ” extraordinary that one arm of government is pushing in a direction that’s very different to the conclusions emerging from the public inquiry in which failings…have been highlighted.”

Most councils are concerned about safety of permitted development residences

More than 100,000 residences have been built using permitted development rights in the past five years, with the properties accounting of as much as 40% of new homes in some areas.

Councils have expressed concern that the scale of permitted development rights being used to enable office buildings to be converted to housing could lead to a significant increase in sub-standard accommodation.

In a Local Government Association survey of councils, 92% reported being “moderately or very concerned” about the quality of accommodation being created through permitted development rights.

59 per cent of councils surveyed expressed specific concern about the safety of the accomodation being built. In some cases, the expansive development permissions have led to developers building flats without windows and studio apartments as small as 13 sq m – nearly three times smaller than the minimum standard size of 37 sq m.

Hugh Ellis of the Town and Country Planning Association affirmed that the developments had produced “some of the most appalling slum housing this country has seen in the post-war era,” calling conditions in some sites “Dickensian.”

Our New Homes team acts for both local and national housebuilders in the sale of completed developments to both owner occupiers and investors.

For more information or to discuss your requirements call us now on 03456 381381, or email us at housebuilders@ibblaw.co.uk.